Special thanks to a Drunk Anon for sponsoring this chapter. It has now been 3 months since I started PMG!!! woooo 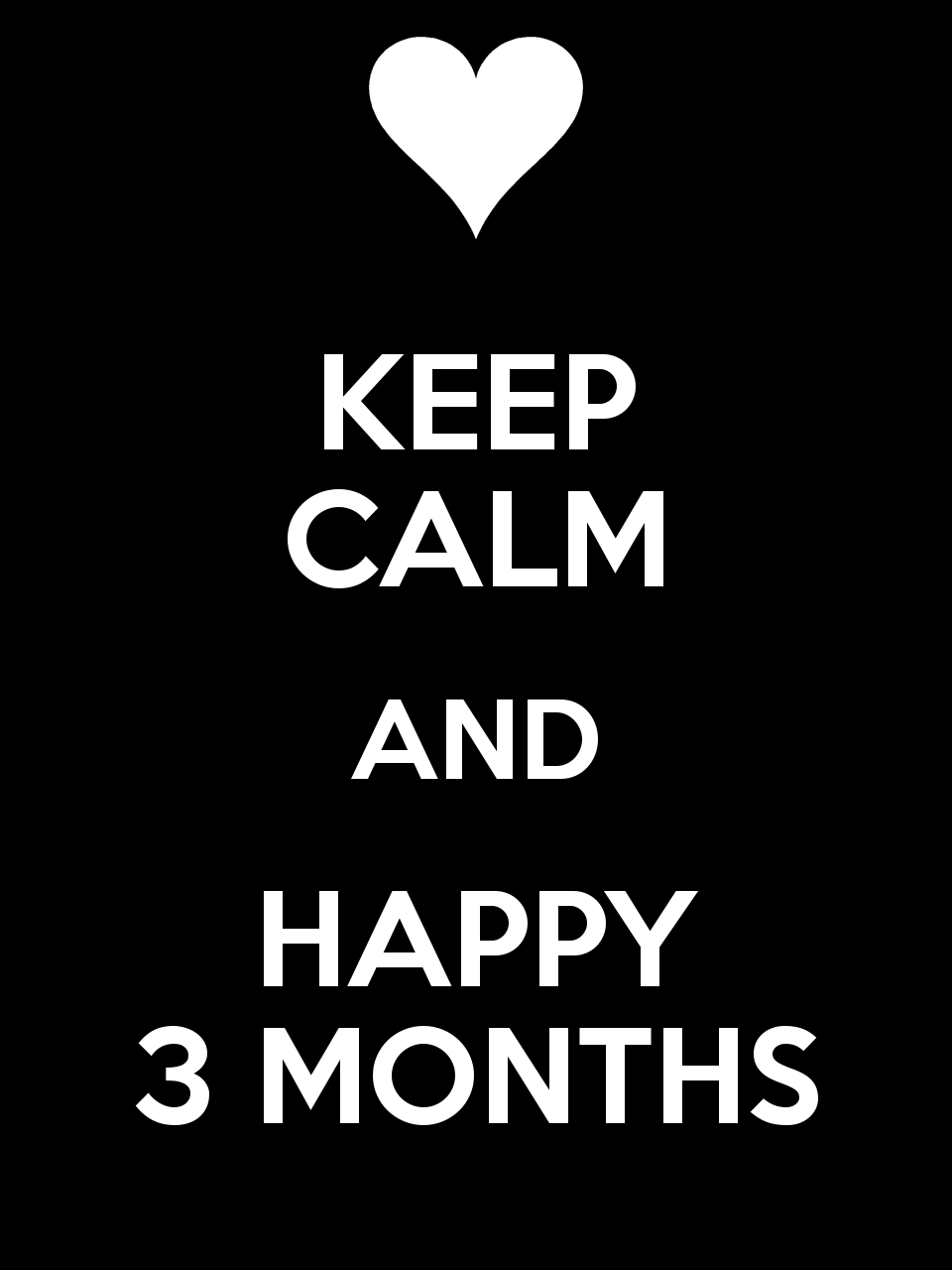 Early in the morning, in the white fog, a bugle call filled the air and everybody on the military site could hear it.

In one tent, there was Lin Feng and he was wearing red armor which was the color of fresh blood.

He raised his head and looked in the horizon. He said to himself: “They have finally arrived.”

In the middle of the night, he had received the information that the troops of the Mo Yue Country were already fifty kilometers away, but they weren’t attacking. They were just setting up a campsite.

The troops of the Xue Yue Country couldn’t afford to neglect safety and they had sentinels making rounds and watching every single action performed by the troops from the Mo Yue Country. That bugle call, followed by the sounds of the war drums, probably meant the beginning of the war.

The sound was unceasing but there wasn’t the least bit of chaos inside the camp. Instead, everyone was extremely organized. The battle could start at any moment, it was impossible for the troops to panic because of that.

a few silhouettes appeared and were all wearing red armor in Lin Feng’s tent. Their faces were covered by their helmets but their expressions were sharp when looking towards Lin Feng.

“Follow me.” said Lin Feng indifferently. Immediately after, he left the tent and jumped on his dragon colt horse. The others also calmly jumped on their Chi Xie armored horses and followed him.

The other Chi Xie troops looked at Lin Feng and the people following him. There were about forty people. Their armor was an even bloodier red than the other soldiers to the extent that it was dazzling to the eye. It looked like the morning sun shining on a puddle of blood. Forty people wasn’t enough to make a complete squad within the army either.

In the army, sergeants controlled a hundred people.

Lin Feng and the others galloped past them at full speed. A short time after, they arrived in a place where the two military factions were facing each other.

In front of Lin Feng, there was a vast black ocean of troops who were releasing a deadly Qi. They were the soldiers of the Mo Yue Country.

Before, Lin Feng had never seen a battlefield except on television in his previous life. When he saw it, intense feelings invaded his heart. In the middle of all these troops, one person was like a grain of sand.

These hundreds of thousands of people, if they all used a bow, they could kill a single opponent in a flash, even if they had broken through to the Xuan Qi layer.

On the battlefield, extremely strong cultivators were rare so relying on personal strength was too difficult. That’s why Liu Cang Lan, back in the days, beheaded the leader of the enemy troops who was giving orders.

Amongst the troops of the Xue Yue Country, the left, right and middle troops were in perfect formation but the Chi Xie troops were dispersed across the army.

Concerning the Imperial City troops which followed Duan Tian Lang, they were in formation shoulder to shoulder with the middle troops.

Liu Cang Lan, Jiu Chi Xie and Ren Qing Kuang were at the very front of the troops.

“Brother Liu, the enemy is arriving and they look terrifyingly strong. It seems like they have over five hundred thousand troops. How are we supposed to cope with them?” asked Duan Tian Lang indifferently while galloping towards Liu Cang Lan.

“Duan Tian Lang, do you think that the prince of Mo Yue will directly attack us?” said Liu Cang Lan while turning his head around and looking at Duan Tian Lang. He sounded cold and indifferent. While two armies were facing each other, even if one was in numeral superiority, it was impossible for them to launch a direct attack. A war was about exchanging lives, even if they won, the result would be tragic. Considering the reputation of Mo Yue, it was impossible for them to launch such an attack.

“Brother Liu, you always understand the enemy properly before the beginning of the war. I admire that.” said Duan Tian Lang while smiling indifferently. “It’s just that there is a huge number of possibilities. What about the princess? She is amongst the troops right now. If something happens to her, who will bear the responsibility? I think that you should find a solution to win as soon as possible.”

“The princess came with you so it’s your duty to ensure her security.” said Liu Cang Lan while smiling coldly. The troops were going to engage in a close combat from morning to evening and Dan Tian Lang was asking Liu Cang Lan to fight a solution to win as quickly as possible. Not only did he make him bear the responsibility for the battle but was also making him responsible for the security of the princess. That was ridiculous.

“Brother, how can you talk that way? This territory is yours, I am a guest. Since it’s that way, the princess’ safety is in your hands. Obviously, if you don’t care about that, you should remember that you took away the princess’ personal guard.” said Duan Tian Lang coldly while looking at Lin Feng.

“Duan Tian Lang, you are facing the enemy army and surprisingly you are still in the mood for boring conversations and refuse to assume your own responsibilities.” said Lin Feng while urging on his horse. Under his armor, his facial expression was extremely sharp, he then said: “If anything happens to the princess, I will die, but could it be that you are forgetting about your own responsibilities?”

When he finished talking, Lin Feng didn’t wait for Duan Tian Lang to reply and immediately urged on his horse galloping towards Duan Xin Ye.

At that moment, Duan Xin Ye was also wearing armor but her beautiful eyes were not hidden by her helmet. In order to see, there was a slit for the eyes.

Behind Lin Feng was a group of people wearing bright red armor. Their faces were entirely covered except for their eyes which looked extremely sharp and cruel.

“What are you doing here?” asked Yue Tian Chen who was protecting Duan Xin Ya on her other side. When he saw Lin Feng, he looked vigilant and cold.

“That’s none of your business.” replied Lin Feng coldly. He then handed over a helmet to Duan Xin Ye and said: “Princess, that helmet will protect your face. It’s better for you to wear it.”

“Alright, thank you.” said Duan Xin Ye while putting it on her head. In case of sudden attack, that helmet would be much safer for her.

“Lin Feng, you are my personal guard, stay here and protect Me.” said Duan Xin Ye with a beautiful smile on her face. In case of danger, her face would be protected. At that moment, she was wearing the helmet so only her beautiful eyes were visible. On the back of her horse, she looked majestic and heroic.

Yue Tian Chen stared at Lin Feng in an ice-cold way but Lin Feng ignored him and gazed at the boundless distance.

Suddenly, the army of the enemy appeared. Many people were mounted within the enemy army. A cloud of dust filled the air. They were about a kilometer away from the Xue Yue army when they stopped.

The Chi Xie troops looked expressionless. They had no particular feeling. Orders were like mountains. They only obeyed orders and were never swayed away by their personal feelings.

“Don’t fight?” said Duan Tian Lang while smiling coldly. He raised his head and said arrogantly: “The Chi Xie troops are the elite forces of the Xue Yue Country and today we are at war, surprisingly you said we’re not fighting… Why are you ruining the troops’ mood, what is you purpose?”

“Duan Tian Lang, if you want to fight, then send your own troops.” replied Jiu Chi Xie coldly while glancing at Duan Tian Lang. The black guards were all outstanding. Not a single person was weak. Powerful Qi was emerging from their bodies. No wonder that they were elite troops.

“So that’s how the Chi Xie troops are! What a band of scoundrels. Even though I am not talented, I will also not move back!” shouted Duan Tian Lang in an extremely loud voice so that everyone could hear him. In a flash, Duan Tian Lang moved all of his troops forward. Every day, he found the Chi Xie troops more and more disappointing. First, they hadn’t opened the city gate for him and at that moment they didn’t dare fight. Liu Cang Lan didn’t deserve his nickname “The Divine Arrow”.

“I want to fight.” said someone at that moment amongst the people of the Celestial Academy. A young man came out and energy was emerging from his body.

“Alright. Students of the Holy Courtyard of Xue Yue and of the Celestial Academy are all outstanding disciples in the Xue Yue Country. Thirty five elite disciples, come out and go fight along with that young man. Show them how majestic and prestigious our country is.” said Duan Tian Lang heroically.

“How strong are these black guards?” asked Lin Feng with a subtle question.

Lin Feng was astonished. These black guards were strong. The weakest were at the third Ling Qi layer. They were very strong. Surprisingly, there was even one at the seventh Ling Qi layer who alone could defeat a hundred Chi Xie troops. Jiu Chi Xie had chosen not to fight, he obviously had a good reason.

The Mo Yue Country had directly sent such an elite formation of soldiers, this was a tactic of war.

At that moment, the thirty six people were already leaving, Lin Feng saw the Qi that students of the Celestial Academy were releasing and said: “You cannot join the fight, you will all die.”

“Huh?” said a young man while frowning and looking at Lin Feng. He then immediately replied: “Lin Feng, you and me are both military students, I thought that you were hot blooded like me. I wouldn’t have thought that you would be a coward.”

When he finished talking, that young man immediately galloped towards the black guards.

When these black guards saw the Xue Yue people arrive, they firmly held their spears. When the Xue Yue cultivators arrived in front of them, they released a powerful Qi and they all threw their spears which flew through the air at incredible speeds.

At that moment, there were horses chaotically running around and neighing. The spears had all reached their destination: the hearts of the thirty six Xue Yue cultivators. Thirty six strong and famous Xue Yue cultivators had just met a violent death.

One spear had been enough.

Lin Feng looked expressionless. He had warned them, but they hadn’t listened to him. What else could he do?

The thirty-six black guards took back their spears, went back in formation and shouted: “The Black Guards invite the Xue Yue Chi Xie troops come and fight.”